“Getting to Yes, And” features interviews with visionaries, authors and leaders who operate at the intersection of creativity and commerce. Inaugural guests include Neil Stevenson, Managing Director of IDEO Chicago; cognitive psychologist Scott Barry Kaufman who authored the book “Wired to Create;” and Dartmouth scholar Sydney Finkelstein, author of “Superbosses.”

About the Host: Kelly Leonard
Kelly Leonard has worked in a variety of creative and leadership positions at The Second City for nearly 30 years. He is the co-author of “Yes, And,” a celebrated book that looks at the power of improvisation to help transform both businesses and individuals. Over the years he has produced Second City revues with casts that included Tina Fey, Stephen Colbert, Amy Poehler, Keegan Michael Key, Seth Meyers and Steve Carell; and he has brokered deals with Norwegian Cruise Line, Yoshimoto Kyogo of Japan and The Kennedy Center.

Second City Works
Second City Works (SCW) is the B2B arm of the world-renowned theater, The Second City. SCW brings the skills of improvisation and the authenticity of humor to over 600 organizations each year through events, workshops, and digital content. With expertise in audience dynamics, ensemble building, co-creation, and agility, Second City Works’ mission is to create a more empowered, creative, and collaborative business culture worldwide.

Privacy purge: Will your Roomba spy on you? | Morning …

Tracking the Tropics: Wave off coast of Africa has …

Shelter in Place: One injured in Madison, Illinois …

Man gets 12 years in case that tested broad search … 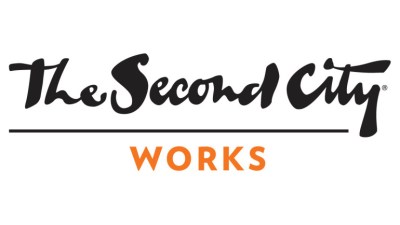 Terry Savage: The heat has gone out of inflation

Painting by Spike O’Dell to be auctioned for charity

Be cautious of certain scholarship websites