Welcome to the 2020 season of Mollie and Pete Save Christmas! In this podcast, Mollie Green and Pete Zimmerman break down the various holiday-themed movies and television shows that they consumed over the previous couple weeks. On this episode, Mollie and Pete talk about “Christmas She Wrote” and “A Little Christmas Charm.” Mollie and Pete also talk about a disappointing SNL episode with Bruce Springsteen, a mystery Christmas ornament and a very Christmas-y day that included a trip to Lincolnwood.

US consumer confidence falls in November to nine-month low

WASHINGTON (AP) — U.S. consumer confidence fell to a nine-month low in November, clipped by rising prices and lingering concerns about the coronavirus.

The Conference Board reported Tuesday that its consumer confidence index dropped to a reading of 109.5, down from 111.6 in October. It was the lowest reading since the index stood at 95.2 in February and would not include the ramifications of omicron, a new variant of the coronavirus that has begun to spread.

MOSCOW (AP) — A rebel Russian monk who castigated the Kremlin and denied that the coronavirus existed was convicted Tuesday on accusations of encouraging suicides and given a 3½-year prison sentence.

The monk, Father Sergiy, was arrested in December 2020 on charges of inciting suicidal actions through sermons in which he urged believers to “die for Russia,” breaching the freedom of conscience and making arbitrary moves. He rejected the accusations and his lawyers said they would appeal Tuesday's ruling by Moscow's Ismailovo District Court.

SAN JUAN, Puerto Rico (AP) — Rihanna smiled under her face mask as she heard her name called in the pre-dawn hours of Tuesday, but hesitated before she stood up.

Before her, top Barbadian government officials encouraged her to join them at a crucial moment in her nation's history.

Mercedes, Stellantis to work with US firm on new batteries

US tracking of virus variants has improved after slow start

Over 50 terrified dogs rescued from truck headed to slaughterhouse

Mollie and Pete Save Christmas 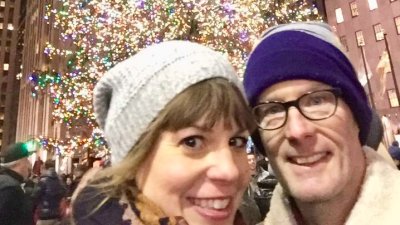 The John Williams NewsClick: Did Jussie Smollett stage the attack?