Beer is one of the most popular drinks in the world. It has been around for thousands of years, and it is also one that is made with a variety of different ingredients, from barley to wheat. It is not surprising, then, that there are a number of different beer holidays to go along with this incredibly popular drink. One of these days is April 7, which is known as National Beer Day. Snack enthusiast, Donn Paul gives fun facts about Beer. Donn also gives food and recipes that pair well with beer.

Directions:
1. Combine the butter, beer, paprika and cayenne pepper in a saucepan. Bring to a boil and then reduce to a simmer.
2. Allow the mixture to simmer for 10 minutes, stirring occasionally.
3. Stir in cream cheese, heavy cream and shredded cheese. Stir until well combined.
4. Return to stove over low heat and simmer for another 5 minutes stirring frequently.
5. Transfer to a serving dish and top with additional paprika if desired.
6. Serve with Southern Recipe Small Batch pork rinds of your choice.

‘Freedom is worth fighting for’: Belarus activists on trial

KYIV, Ukraine (AP) — Leading members of the Belarusian opposition went on trial Wednesday, part of a multi-pronged crackdown on dissent in the ex-Soviet nation that was rocked by months of protests over a disputed presidential election.

Maria Kolesnikova, a top member of the opposition Coordination Council, has been in custody since her arrest in September. She is accused of conspiring to seize power, creating an extremist organization and calling for actions damaging state security.

The drugstore chain and pharmacy benefits manager raised its 2021 forecast after a quarter that brought both growth in pharmacy claims but also a big drop in income for its Aetna health insurance business.

WASHINGTON (AP) — The party for the nation's 44th president will go on, but only for family and close friends.

Former President Barack Obama has scaled back his 60th birthday bash set for this weekend due to the surge of infections blamed on the delta variant of the coronavirus, his office said Wednesday.

Wildfires burn for a 7th day in coastal areas of Turkey

Belarus runner flies to Europe after feud with team managers

Olympics carry a question: What does it mean to be Japanese? 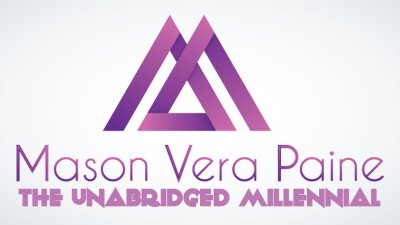 The McHenry County Fair is back

John Williams brings you a round of Speed Jokes, Part CCXXXVI, 8.3.21