The Bloom Firm Founder and Owner Lisa Bloom joins Legal Face-Off to discuss the latest news with the Ghislaine Maxwell verdict and the sexual assault case against Prince Andrew.

In the Legal Grab Bag, Tina, Rich and Joe are joined by Strom Yen Attorney Lindsey Strom and media personality, producer and owner of “The Whitney Reynolds Show” and philanthropist Whitney Reynolds to talk about the latest with the Trump civil and criminal investigations, Prince Andrew’s legal battle, the Princess of Dubai $720 million divorce settlement, the Nirvana baby lawsuit, and much more.

MILAN (AP) — Moves by carmaker Stellantis to consolidate its position in fast-growing China seemed to be off to a rocky start after one of its joint venture partners said it hadn’t been consulted before an announcement of plans to take a controlling stake.

Stellantis, formed a year ago from the merger of PSA Peugeot with Fiat Chrysler, has less than a 1% share in the 21-million vehicle Chinese market where it inherited two joint ventures. It plans to lay out its strategy March 1, but has offered some hints in announcements this week.

Ukraine crisis updates: What to know amid the fears of a war

WARSAW, Poland (AP) — High-stakes diplomacy continued on Friday in a bid to avert a war in Eastern Europe. The urgent efforts come as 100,000 Russian troops are massed near Ukraine's border and the Biden administration worriesthat Russian President Vladimir Putin will mount some sort of invasion within weeks.

Here are things to know about the international tensions surrounding Ukraine.

Caterpillar's sales surged in the final quarter of the year despite ongoing disruptions in the global supply chain that have hit almost every sector of the economy.

Japan to push controversial mine for UNESCO World Heritage

Activists urge athletes to speak out at Beijing Olympics

UN: ‘Extreme lack of food’ for many in Ethiopia’s Tigray

Cases plateauing in parts of India but omicron still surges 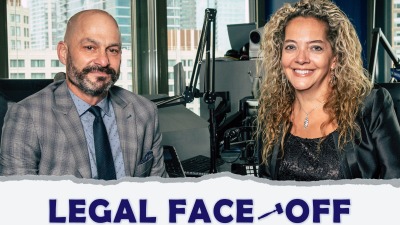 Legal Face-Off is a fast paced, high energy legal program dealing with the hottest issues of the day. Rich Lenkov and Christina Martini provide a legal point / counterpoint perspective on issues ranging from Hollywood celebrities to sports stars and everything in between. (Click for more.)
Close
You have been added to WGN AM Monthly Newsletter Newsletter

Naming snow plows in the city