Helaine Olen, who is an economic columnist for the Washington Post, wrote a really interesting story this week about how American Airlines massive cancellations last week really highlights the frustrations roiling Americans. She points out that it isn’t just that inflation is rising the fastest since 2008 (at 5.4%) but there is something called Skimpflation (so-named by planet money). You pay the same or more but receive less. Things like, a hotel that doesn’t offer daily housekeeping, restaurants that sub a QR code, banks that don’t employ enough phone operators, airlines and restaurants that can’t hire enough people.

So, the stock market is at record highs but Americans are feeling pinched. It made me think about how in retirement, one of people’s greatest fears is that they’ll have a skintflation retirement – pay more, get a lot less, which doesn’t seem fair after a lifetime of working.

Kennedy Center Honors and its traditions are back once more

WASHINGTON (AP) — The Kennedy Center Honors is returning to tradition this year.

The lifetime achievement awards for artistic excellence will be presented Sunday night in a gala at the Kennedy Center's main opera house after the coronavirus pandemic forced delays and major changes to last year's plans.

TOPEKA, Kan. (AP) — Bob Dole, who overcame disabling war wounds to become a sharp-tongued Senate leader from Kansas, a Republican presidential candidate and then a symbol and celebrant of his dwindling generation of World War II veterans, has died. He was 98.

His wife, Elizabeth Dole, posted the announcement Sunday on Twitter.

BERLIN (AP) — German international broadcaster Deutsche Welle said Sunday it is suspending cooperation with a Jordanian partner, Roya TV, because of concerns about anti-Israeli and antisemitic content and caricatures on its social media.

Deutsche Welle said it had entered a partnership with Roya TV because the broadcaster addressed issues such as gender equality, the rights of minorities in Jordan and promoting young people's media literacy.

Audiences go for a second helping of ‘Encanto’

The 21 most reliable luxury cars

Party foul: 2 in 3 say one relative always drinks too much at holiday gatherings

Do you still need a booster shot if you just had COVID?

Is this the creepiest Christmas tree of 2021? ‘You cannot unsee it,’ witness claims

EXPLAINER: Jussie Smollett’s turn to testify. Will he?

New trial after jury met in room with Confederate symbols 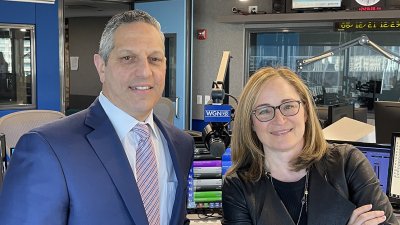 Mississippi abortion law explained with U of I law professor