Mike Stephen remembers the proposed Crosstown Expressway from the 1970s with local writer Mary Wisniewski, learns about housing assistance in the wake of the pandemic with Anthony Simpkins, president & CEO of Neighborhood Housing Services of Chicago, and discovers the Secret History of Chicago tenor sax man Ari Brown. And in the OTL Wrap Party, Mike and Producer Collin discuss discuss highway transportation and their favorite El lines.

To subscribe to the OTL podcast, please visit our Apple Podcasts Page, Spotify, or our RSS feed.

US consumer confidence rebounds in October after 3 declines

SILVER SPRING, Md. (AP) — U.S. consumer confidence rose in October after three straight declines as the public's anxiety about the delta variant of the coronavirus appear to have abated.

The Conference Board reported Tuesday that its consumer confidence index rose to a reading of 113.8 in October, up from 109.8 in September.

WSHINGTON (AP) — Sales of new homes jumped 14% in September to the fastest pace in six months as strong demand helped off rising prices.

The Commerce Department reported Tuesday that sales of new single-family homes rose to a seasonally adjusted annual rate of 800,000 units last month after sales had fallen 1.4% in August. The September sales pace was the strongest since sales reached an annual rate of 873,000 in March.

Grammys CEO on a mission to regain music community’s trust

BURBANK, Calif. (AP) — When Harvey Mason jr. took the helm at the Recording Academy, the Grammy-nominated producer knew there would be an uphill climb. He’s heard firsthand from some in the music community that the academy wasn’t a fit for them, the award voting process was ineffective, and that the organization lacked diversity.

Those critical responses have fueled Mason’s mission as the academy’s CEO to right the wrongs and listen to the voices of the unheard. He’s already replaced the nominations review committee with a new member peer-driven voting system, overhauled the leadership with two co-presidents, increased membership and committed to hiring more diverse candidates with an inclusion rider for next year’s Grammy Awards.

Justice Dept.: 150 people arrested in the US and Europe, $31M seized in 10-month probe of drug trafficking on darknet

BioNTech to work with Senegal, Rwanda to make mRNA vaccines

What exactly is a ‘wealth tax’ and how would it work?

UK budget to mark shift away from pandemic firefighting

US home prices surged in August at near-record pace 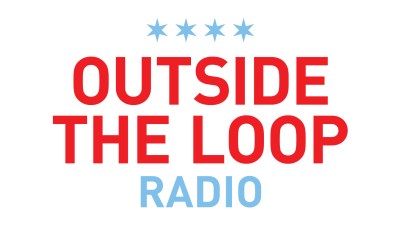 Chrysler recalls over 130,000 Ram vehicles due to fire hazard

Ed O’Bradovich: ‘I think Matt Nagy is starting to lose this team or has lost it’

Lou Manfredini: Preparing your home for the arrival of winter weather