Northwestern burst on the college football scene with their upset victory over Nebraska in Dublin during “Week Zero”. The Wildcats have struggled to ride that momentum, though, losing to Duke and Southern Illinois in back-to-back weeks in Evanston. Northwestern has one more non-conference game before getting into the Big Ten slate. They host Miami of Ohio this Saturday night. Dave Eanet and Dan Persa bring in Louie Vaccher, the publisher and managing editor the Northwestern Rivals site: WildcatReport. They discuss what has gone wrong for Northwestern since their return from overseas, and what can be corrected before returning to conference games next week. Later on, Iowa’s play-by-play announcer, Gary Dolphin, joins the show to discuss Iowa’s win over Nevada which ended well after midnight, despite kicking off at 6:30pm local time. Gary also shares his thoughts on the Hawkeyes’ struggles on the offensive side of the ball.

Why you shold check on aging neighbors before a storm

How low could stocks go?

Kane, Toews have no plans to leave the Blackhawks …

Win tickets to the Home Away From Home game in Milwaukee

From the archives: The NU-SIU Rumble

White Sox look to end slide, get offense going vs. …

Why you shold check on aging neighbors before a storm

How low could stocks go? 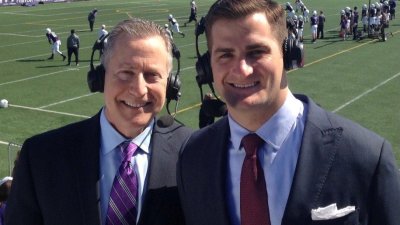 Dave Eanet and Ted Albrecht bring you play-by-play of all the games. Coach Pat Fitzgerald previews the matchup before the game and, along with members of the team, talks live with Ted after the game. Listeners outside of the Chicago area may be able to hear Northwestern games by using The Varsity Network app.

Are you glad the NFL has ended the Pro Bowl?

What does the Fed rate hike mean for borrowers?

The impact of Two-Buck Chuck on the wine business

When should you get the new COVID booster?