BATON ROUGE, La. — New Orleans native Tyler Perry paid the grocery bills for all shoppers during the designated “senior hour” at multiple Kroger supermarket stores in Louisiana and Georgia on Wednesday, according to multiple reports.

Felix Turner, the Atlanta spokesman for Kroger, told The Atlanta Journal-Constitution that Perry paid for groceries at 44 stores in Atlanta and 29 in his hometown of New Orleans.

“Senior and higher-risk Kroger shoppers in metro Atlanta did receive a nice surprise at the register this morning when they learned Tyler Perry had paid their grocery tab in full,” Turner told the newspaper. “We would like to join our customers in thanking Mr. Perry for his kindness and generosity during this unprecedented pandemic.”

The shoppers were handed slips of paper with the words “Random Act of Kindness” as they entered the store and were later told at check-out their groceries were paid for.

Atlanta is home to 2 potential contenders for Biden’s VP

Shunned by his party, Iowa’s Steve King fights for his seat

Tech giants are embracing remote work. Others may follow

William Small, ‘hero to journalism’ at CBS, NBC, dies at 93 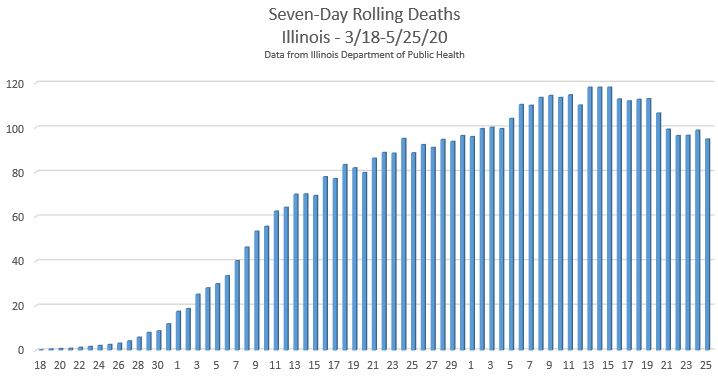 PARIS (AP) — French President Emmanuel Macron is set to unveil new measures Tuesday to rescue the country's car industry, which has been hammered by the virus lockdown and the resulting recession.

Revving up electrical vehicle productionis likely to be central to the plan. Macron tweeted that government investment in the national car industry, which includes brands like Peugeot-Citroen and Renault as well as parts suppliers, will increase “massively."

HONG KONG (AP) — Hong Kong's leader said Tuesday that national security legislation proposed by China's legislature will not threaten the semi-autonomous territory's civil rights, despite widespread criticism of the move as an encroachment on freedom of speech and assembly.

The city's chief executive, Carrie Lam, told reporters that there was “no need for us to worry" over the move being considered by China's ceremonial National People's Congress.

The mood was somber for the normally joyous holiday marking the end of the holy month of Ramadan, but also mixed with gratitude that Morocco's brush with the virus has been so far milder than those in the U.S. or Europe.

The Latest: Kremlin spokesman with virus home from hospital

WHO warns that 1st wave of pandemic not over; dampens hopes

Atlanta is home to 2 potential contenders for Biden’s VP

Illinois State Parks open May 29th, here’s what you need to know

How to treat your anxiety as reopening begins

Cocktails for Hope pushes for cocktails-to-go in Illinois