WASHINGTON (NEXSTAR) — Some U.S. lawmakers are demanding answers after reports of a lack of personal protective equipment at some Veterans Affairs facilities.

“There’s been conflicting reports [in] a few of the facilities that unfortunately some of the staff members have had to share PPE or re-use it or even ration it out, and that’s just unacceptable,” Hayes said.

Now lawmakers are asking the U.S. Department of Veterans Affairs to find out what’s behind those reports.

“We’ve heard from the workforce that they’re concerned about their safety,” Virginia Sen. Mark Warner said.

“If you’ve got a workforce that feels unsafe and at the same time you’re saying you’ve got plenty of PPE, why is there this disconnect?” Warner said.

The VA said it has enough protective equipment and is monitoring the supply levels at every facility. The department says thanks to its safe practices, the rate of infection within the facilities is less than 1 percent.

Virginia Sen. Tim Kaine says money was set aside for the VA to avoid any supply issues. Now, he wants to see where the money is going.

“Now give us a report … about how you’re using it, but [also] what is your experience in getting the personal protective equipment that our medical professionals need,” Kaine said.

Warner and Kaine say they also want the VA to provide flexibility to workers by providing paid administrative leave if they must self-quarantine.

Forced to adapt, businesses rethink how they make money

Trump’s pitch to voters: Trust me, economy will soar in 2021

Judge lifts stay on sale of Venezuela’s US refineries

Trump’s pitch to voters: Trust me, economy will soar in 2021

Trump plays golf for 1st time since the coronavirus pandemic

Tech giants are embracing remote work. Others may follow

Mississippi gov is pranked in shout-out to high school grads 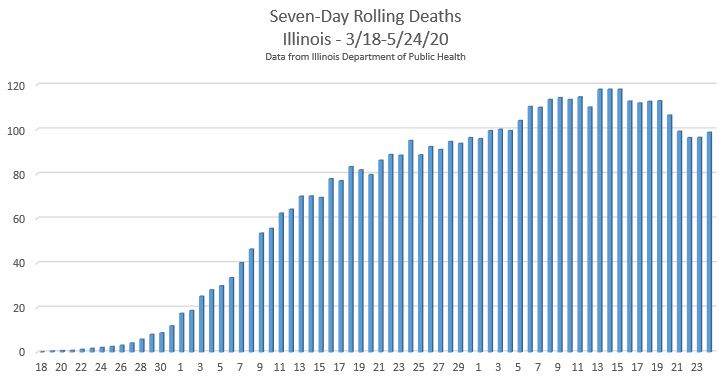 TALLAHASSEE, Fla. (AP) — A Florida law requiring felons to pay legal fees as part of their sentences before regaining the vote is unconstitutional for those unable to pay, or unable to find out how much they owe, a federal judge ruled Sunday.

The 125-page ruling was issued by U.S. District Court Judge Robert Hinkle in Tallahassee. It involves a state law to implement a 2016 ballot measure approved by voters to automatically restore the right to vote for many felons who have completed their sentence. The Republican-led Legislature stipulated that fines and legal fees must be paid as part of the sentence, in addition to serving any prison time.

New Zealand leader carries on with TV interview during quake

She interrupted Newshub host Ryan Bridge to tell him what was happening at the parliament complex in the capital, Wellington.

SAN LEANDRO, Calif. (AP) — A woman in the San Francisco Bay Area has been arrested on suspicion of posting handwritten messages at several homes, targeting Asian Americans and suggesting that those not native to the United States should leave the country immediately.

Police in San Leandro, a suburb of 89,000 just south of Oakland, said officers were called to the Heron Bay neighborhood Friday evening after receiving reports of notes containing “insensitive messages towards minorities” taped to five homes.

New Zealand leader carries on with TV interview during quake

Slowly, surely, US houses of worship emerge from lockdown

US Muslims try to balance Eid rituals with virus concerns

Gov. Pritzker releases guidelines for businesses and workplaces to safely reopen during Phase 3 of Restore Illinois

Phil Keoghan, host of Tough As Nails, describes how you can audition to be on the show!