Just before 11 a.m. Friday, Miracle was spotted walking around inside a Mount Morris Kroger store putting his hands down his pants, then touching and pushing shopping carts “while stating that he was infected with COVID-19,” according to the release.

Miracle allegedly tried to grab shopping carts from other customers in the parking lot and acted verbally aggressive toward Kroger workers.

Responding officers arrested Miracle and, during the ride to the county jail, he “kissed the window of the police vehicle leaving clearly visible residue in an apparent attempt to spread the virus to police and others,” the release states.

Prosecutor Leyton called it a “very disturbing incident” that made people fear for their health and safety during an already stressful time.

“Our number one priority is the safety of our community and we are doing everything we can to hold accountable people who would do harm to others in any fashion,” Leyton said.

Miracle remains in jail awaiting arraignment in the 67th District Court in Flint. 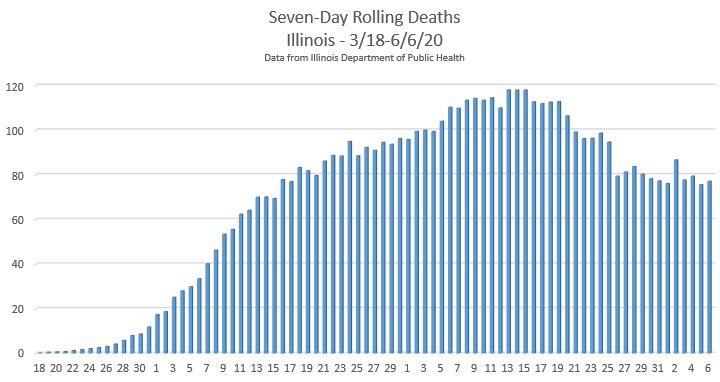 Israeli PM: Killing of Palestinian with autism a “tragedy”

JERUSALEM (AP) — Israeli Prime Minister Benjamin Netanyahu on Sunday called the deadly police shooting of an unarmed Palestinian man with autism a “tragedy,” although he stopped short of apologizing for the incident.

Netanyahu's remarks were the first he's made since police in Jerusalem's Old City shot and killed Eyad Hallaq last week. The 32-year-old Palestinian with severe autism was chased by Israeli border police forces into a nook in Jerusalem’s Old City and fatally shot as he cowered next to a garbage bin after apparently being mistaken for an attacker.

The Latest: 14 police hurt in London clashes after protest

TOP OF THE HOUR:

NEW ORLEANS (AP) — A re-energized Tropical Storm Cristobal continued its advance toward the U.S. Gulf Coast early Sunday, having spawned a tornado in Florida and brought heavy rains that already caused flooding and mudslides in Mexico and Central America.

After weakening to a tropical depression while moving over land in Mexico's Gulf coast, Cristobal headed back into the southern Gulf of Mexico from the Yucatan Peninsula on Friday and powered back up into a tropical storm. Forecasters said it would arrive on U.S. soil late Sunday but was not expected to grow into a hurricane.

Israeli PM: Killing of Palestinian with autism a “tragedy”

The Latest: 14 police hurt in London clashes after protest