NEW YORK — Officials in New York City are considering temporarily burying caskets in parks if the city’s cemeteries and morgues get overwhelmed by the rising number of coronavirus deaths, according to Mark Levine, the chairman of the New York City Council’s health committee.

“NYC’s healthcare system is being pushed to the limit. And sadly, now so is the city’s system for managing our dead. And it, too, needs more resources,” Levine tweeted on Monday.

“Soon we’ll start “temporary interment”. This likely will be done by using a NYC park for burials. Trenches will be dug for 10 caskets in a line. It will be done in a dignified, orderly–and temporary–manner. But it will be tough for NYers to take,” Levine tweeted.

In a news briefing on Monday, Mayor Bill de Blasio said the city is prepared but no plans have been put in place.

“If we need to do temporary burials to be able to tide this over to pass the crisis and then work with each family on their appropriate arrangements, we have the ability to do that,” de Blasio said. “Obviously, the place we have used historically is Hart Island.”

According to de Blasio, the city was “not at the point that we’re going to go into that.”

“We’re going to try and treat every family with dignity, respect, religious needs of those who are devout and the focus right now is to try to get through this crisis and obviously also put all of our energy and resources into saving those we can save,” de Blasio said on Monday. “That’s how we’re going to go about it. We’ll have the capacity for temporary burials. That’s all I’m going to say.”

According to Levine, the city sees 20-25 deaths in homes. That number has increased to 200.

Levine said the goal is to avoid scenes like those in Italy where the military collected bodies from churches and the streets.

Coronavirus deaths in New York state climbed to nearly 4,200. But there is a slight glimmer of hope that the spread is slowing. The state recorded a slight dip in fatalities Sunday compared to the day before.

Gov. Andrew Cuomo told reporters it was too soon to say whether the pandemic had reached its apex and urged New Yorkers to remain vigilant.

The state reported 594 new coronavirus deaths on Sunday — down from 630 new fatalities announced the day before.

The governor said ICU admissions and intubations were also decreasing slightly while the discharge rate from hospitals was rising.

The Associated Press contributed to this report.

Twitter and Trump: A feud years in the making finally erupts

EU criticizes China over Hong Kong but no action planned

‘Back in the game’: SpaceX ship blasts off with 2 astronauts

Solar probe to pass through comet’s tail for ‘bonus science’ 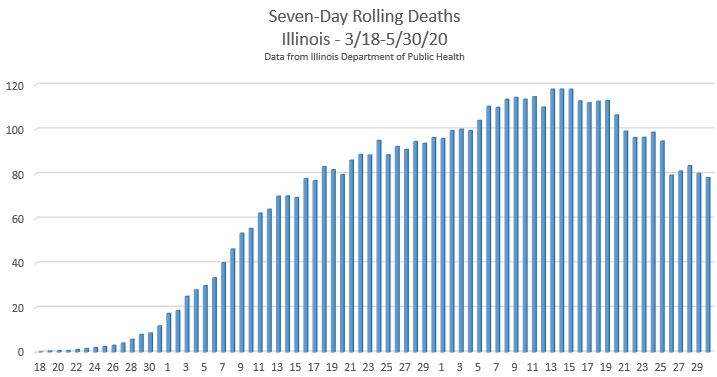 PARIS (AP) — Notre Dame Cathedral's forecourt is being opened up to the public for the first time since the devastating fire of April 15 last year.

The body overseeing the Gothic structure's restoration issued a statement Sunday saying that the reopening was finally made possible after several deep clean operations took place to remove toxic lead dust from the large forecourt.

CHICAGO (AP) — More Republican women than ever are seeking House seats this year thanks to a reenergized recruitment effort after their limited ranks in Congress diminished even further in the 2018 election. But any gains in November could be modest.

Many of these roughly 200 candidates are running in safe Democratic districts. In friendlier Republican territory, some have struggled to win primaries and are facing long-standing challenges, including fundraising, that the coronavirus pandemic has exacerbated. That's left some of these women questioning their party's commitment to the effort and warning about longer-term effects.

RICHMOND, Va. (AP) — Protesters demonstrating against the death of George Floyd, a handcuffed black man who pleaded for air as a white police officer pressed his knee on his neck, targeted Confederate monuments in multiple cities.

As tense protests swelled across the country Saturday into Sunday morning, monuments in Virginia, the Carolinas and Mississippi were defaced. The presence of Confederate monuments across the South — and elsewhere in the United States — has been challenged for years, and some of the monuments targeted were already under consideration for removal.

‘We’re sick of it’: Anger over police killings shatters US

Mosques reopen in Saudi Arabia and Jerusalem amid virus woes

Former Bull Craig Hodges shares his thoughts on where we go from here following the George Floyd death.