ST. LOUIS, Mo. (KTVI) – The Gateway Resilience Fund is helping employees and owners of local independent bars, restaurants, and shops. Most of the businesses are temporarily closed because of the coronavirus pandemic. So far 183 St. Louisans have received grants from the fund totaling $131,276.

Schlafly Beer was set to host the 21st annual Stout and Oyster Festival this weekend. But, the event was canceled. They make a special oyster stout every year for the festival. The majority of proceeds from the sale of this year’s Oyster Stout four-packs are now going to the Gateway Resilience Fund.

The St. Louis Brewery is also releasing a new beer called Side Work in April. All proceeds from the beer with go to the Gateway Resilience Fund. The new brew will be available in 16-ounce can four-packs at both Schlafly brewpubs for $8.99. To order Side Work call either Schlafly location for curbside pickup at 314-241-2337.

Do you need to apply for aid from the Gateway Resilience Fund? See if you are eligible for help here. You can also donate here.

Twitter and Trump: A feud years in the making finally erupts

EU criticizes China over Hong Kong but no action planned

‘Back in the game’: SpaceX ship blasts off with 2 astronauts

Solar probe to pass through comet’s tail for ‘bonus science’ 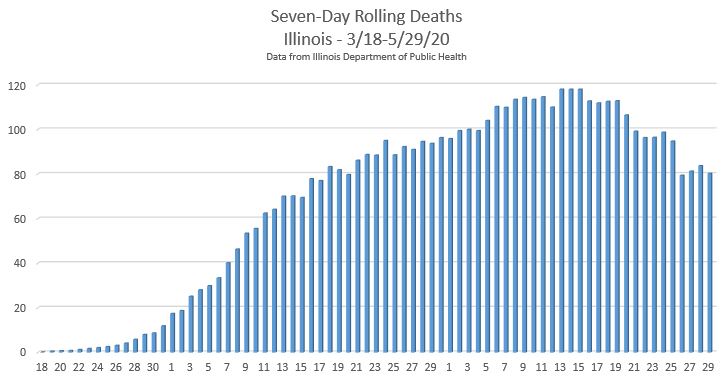 WASHINGTON (AP) — The FBI's top lawyer, Dana Boente, who has spent nearly 40 years with the Justice Department but has been targeted for criticism over the last year by some conservative commentators and supporters of President Donald Trump for his role in the Russia investigation, is leaving the bureau.

Boente has most recently served as the FBI's general counsel but has held a variety of roles in his 38-year Justice Department career, including acting attorney general in the early days of the Trump administration, a United States attorney in Virginia and the head of the department's national security division.

WASHINGTON (AP) — House and Senate Democrats will interview former State Department Inspector General Steve Linick on Wednesday as part of their investigation into his abrupt firing by President Donald Trump.

Linick will speak to Democrats on the House Foreign Affairs Committee, the House Oversight and Reform Committee and the Senate Foreign Relations Committee, according to two congressional aides working on the investigation. The aides requested anonymity to discuss the closed-door meeting.

CAPE CANAVERAL, Fla. (AP) — President Donald Trump celebrated on Saturday the first launch of American astronauts from U.S. soil in nearly a decade, marveling at the power of the rocket ship and the danger faced by its passengers as they soared into the stratosphere and provided a moment of triumph as the country raged and mourned.

The successful launch provided the president a moment to relish during what has been a difficult week with protests breaking out in several American cities over the death of a black man, George Floyd, while he was in police custody, and the country’s death toll from the coronavirus surpassing 100,000.