TAMPA, Fla. (WFLA) – A Tampa Bay area pastor has been arrested following two large services at his church over the weekend.

Hillsborough County Sheriff Chad Chronister says he has made the decision Sunday night to seek an arrest warrant against the pastor of River at Tampa Bay Church for violating social distancing guidelines amid the coronavirus pandemic.

The sheriff confirmed in a tweet Monday afternoon that Pastor Rodney Howard-Browne had been arrested.

“His reckless disregard for human life put hundreds of people in his congregation at risk and thousands of residents who may interact with them this week in danger,” the sheriff said.

According to Sheriff Chronister, the Hillsborough County Sheriff’s Office has been in contact with leaders at the church since last Friday. The sheriff says his office received a tip that the church pastor was refusing to stop holding large services and was instead encouraging his congregation to meet in person at the church.

Chronister added that the church has the capability to stream the services online and on TV to people at home but instead encouraged people to attend the church services. He says the church even provided bus transportation to two large services on Sunday.

The pastor will be charged with unlawful assembly and violation of public health emergency rules. Both charges are second-degree misdemeanors.

8 On Your Side went by the River at Tampa Bay Church Sunday night and saw car after car pull into the parking lot. Church leaders kept their doors open for worship after deputies contact them regarding the large crowds at services in the morning.

TAMPA, Fla. (WFLA) – As President Donald Trump announced his administration is extending guidelines on social distancing until April 30, the Hillsborough County Sheriff’s Office was looking into a Tampa Bay church that is not following the recommended measures to slow the spread of COVID-19.

“The Hillsborough County Sheriff’s Office has spoken with leaders at The River at Tampa Bay Church regarding Sunday’s services that were held in direct violation of the president’s guidelines for America, recommendations made by the CDC, and orders from the governor and the Hillsborough County Emergency Policy Group,” deputies said in a statement Sunday night.

Car after car pulled into The River at Tampa Bay Church parking lot Sunday night. Church leaders kept their doors open for worship after deputies contacted them over the large crowds at services in the morning.

“I’m not again negating that people are dying from the coronavirus,” he said. “We’re not saying that, just saying that the thing is blown totally way out of proportion and if you shut the church down, the church is not a non-essential service.”

In a statement to the press from March 18, the church Facebook page posted that it “will do everything in our power to support the efforts of our wider community by cleaning and sanitizing surfaces and take any other recommended measures to protect our people and keep them healthy and safe.”

On the road leading to the church, deputies put up a traffic sign that reads, “Practice social distancing and stay six feet apart, maximum 10 people per room.”

“The sheriff’s office has advised church leaders of the danger they are putting themselves and their congregation in by not maintaining appropriate social distancing at a time when COVID-19 cases are, unfortunately, still on the rise in Hillsborough County,” deputies said.

Many religious institutions are holding prayer services online during the pandemic, such as Hyde Park United Methodist.

“Our outreach is to the whole world,” Vicki Walker, minister of missions and outreach said. “God gave us brains, and we’re invited to use them, and it’s an act faith in good conscience for Christians to worship together online, not in public.”

HSCO’s attorneys are talking with attorneys for the church to come up with a resolution to “keep the public safe under these extraordinary conditions,” the statement from deputies said.

US unemployment drops unexpectedly to 13.3% amid outbreak

Top US military officer reaches out to Capitol leaders

Washington state gets back millions in stolen jobless aid 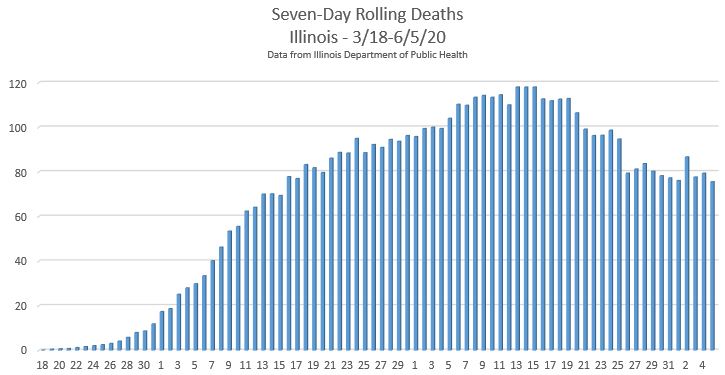 LOUISVILLE, Ky. (AP) — The shooting of a popular Kentucky barbecue cook by law enforcement has raised new questions about use of force practices after police released videos of the clash this week.

Louisville Metro Police and National Guard soldiers have said they were in the area responding to a reports of a crowd gathering near David McAtee’s eatery early Monday morning, miles away from downtown protests. Police said McAtee fired at officers, who returned fire, but video evidence suggests law enforcement officials were firing pepper balls at the restaurant before McAtee fired his weapon.

Amateur astronauts, private space stations, flying factories, out-of-this-world movie sets — this is the future the space agency is striving to shape as it eases out of low-Earth orbit and aims for the moon and Mars.

NEW YORK (AP) — On a recent day, a powder-blue van parked curbside in Brooklyn, one of the hardest-hit communities in America by the coronavirus pandemic, and a group of women wearing protective face masks and gloves set to unloading.

Locals lined up, spaced out next to orange traffic cones on the sidewalk, waiting their turn to pick up much-needed free supplies that help them make it through what are tough times for the borough.

One man lays wreaths in Normandy on this unusual D-Day

The Resurgence of the Family Board Game: Monopoly, Clue, Scrabble, Life & More

The Wide World of Sports with Andy Masur: Latest on the Season Restarting for MLB, NBA, NHL, NFL