President Donald Trump said Friday his administration will try to stop “profiteers” from exporting medical protective gear, shortly after picking a fight with manufacturing giant 3M, a major producer and exporter of face masks used to protect health care workers from the coronavirus.

3M argued that blocking exports will raise “significant humanitarian implications” abroad and lead other countries to retaliate by withholding much-needed medical supplies from the U.S.

Nearly all of 3M’s exports of high-grade N95 masks go to Canada and Latin America, and Canadian officials led by Prime Minister Pierre Trudeau took the company’s side. They lobbied Trump administration officials not to cut off part of their supply.

That was not enough to persuade Trump.

Late Friday, the president announced that he will direct the Federal Emergency Management Agency to prevent the export of N95 masks, surgical gloves and other medical protective gear. He said exceptions might be made to help Italy and Spain, which have been hit hard by the coronavirus outbreak.

“We are not happy with 3M,” Trump added during a White House briefing.

The spat between the president and a leading American manufacturer started Thursday, after Trump used his authority under the 1950 Defense Production Act to direct the government to acquire the “appropriate” number of N95 respirators from Minnesota-based 3M and its subsidiaries.

The N95 masks, also called respirators, provide more protection against the virus that causes COVID-19 than do ordinary surgical masks. Governors and hospital officials around the country have warned of a dire shortage of masks and other protective gear for health care workers treating infected patients.

The president followed up his order with a barbed tweet Thursday night.

The events leading to Trump’s order against 3M began weeks ago. A White House official said when Vice President Mike Pence visited a 3M factory in Minnesota last month, he was told that 3M had 35 million N95 masks that were intended for commercial uses but could be used by health care workers.

This week, after 3M received liability protection that it sought, the White House learned that not all of those masks were ready for the U.S. market, the official said.

Jared Kushner, the president’s son-in-law, has been leading administration contacts with the company to learn where the masks went and why some were not available as promised. The situation led Trump to invoke the Defense Production Act, said the official, who spoke on condition of anonymity to discuss events that have not been made public.

The company said, however, that it has been boosting production for the past two months and working with the Trump administration since last weekend to improve the supply of masks.

The company said it has raised U.S. production of N95 masks from 22 million in January to 35 million in March, with the entire increase being distributed in the United States. 3M said 10 million N95 masks that it produced in China will be shipped to the U.S.

The company has traditionally exported about 6 million masks a month to Canada and Latin America, where 3M is a primary supplier. 3M objected to stopping those exports.

“The idea that we are not doing everything we can to maximize deliveries of respirators in our home country — nothing is further from the truth,” he told CNBC.

The company said stopping the export of respirators would cause other countries to stop shipments to the U.S., leading to fewer respirators being available.

“That is the opposite of what we and the Administration, on behalf of the American people, both seek,” the company said in a statement.

Canadian Prime Minister Justin Trudeau said essential health supplies and workers flow both ways across the border, and blocking exports of 3M masks would be a mistake.

“I think of the thousands of nurses who cross the bridge in Windsor to work in the Detroit medical system every day,” Trudeau said. “These are things American rely on.”

Doug Ford, premier of Ontario province, said he protested to U.S. Trade Representative Robert Lighthizer, expressing concern that Trump could create a shortage of masks for Canadian doctors and nurses.

“The health and well-being of our frontline workers depend on these essential medical items and now more than ever our countries need to work together to combat COVID-19,” Ford tweeted.

Others, however, said allowing the company to export masks could threaten safety of Americans.

“The claim that it is humanitarian to ship masks that could have saved American lives to other countries will astonish and anger a lot of American customers of 3M,” said Erik Gordon, a business professor at the University of Michigan.

Trump accused GM of not moving quickly enough to ramp up production, and of trying to overcharge the government. GM said it had been working on ventilators for weeks. Two days later, Trump praised the auto maker, saying it was “doing a fantastic job.”

Robert Gillies in Toronto contributed to this report. 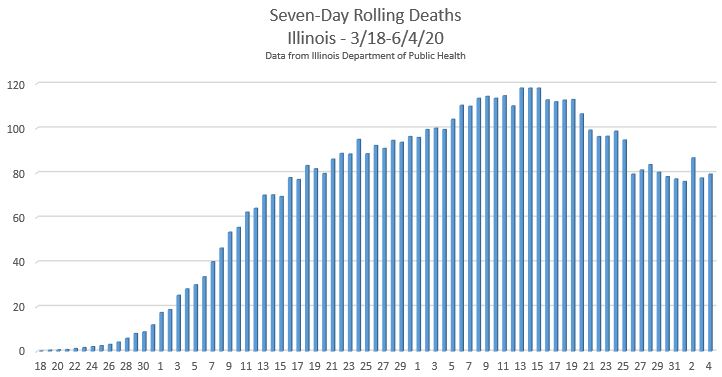 BOISE, Idaho (AP) — Idaho residents on unemployment could receive a one-time bonus of up to $1,500 to return to work under a plan Gov. Brad Little announced Friday.

The Republican governor said the incentive is intended to help get the state's economy going again. Part-time workers would receive $750.

The Trump administration said Friday it will let Chinese airlines operate a limited number of flights to the U.S., backing down from a threat to ban the flights.

The decision came one day after China appeared to open the door to U.S. carriersUnited Airlines and Delta Air Lines resuming one flight per week each into the country.

The outbreak of the coronavirus has dealt a shock to the global economy with unprecedented speed. Following are developments Friday related to the national and global response, the work place and the spread of the virus.

Thousands in Mali’s capital demand that president step down

US cardinal at Vatican prays for Floyd, and America’s future

Faced with making food for state troopers, workers walk out

Black officers are torn between two worlds amid protests

US moves forward with plan to end wild bird protections

Wintrust Business Lunch 6/2/20: Stocks continue to rise and the impact vandalism and theft will have on business owners

Wintrust Business Lunch 5/28/20: Jobless claims pass 40 million, the launch of HBO Max and the economic impact of COVID-19 on Illinois

The Markets 3/28/20: The Coronavirus fight and its impact on Wall Street