WESTCHESTER COUNTY, New York (WPIX/CNN) — A 101-year-old New York woman survived the Spanish flu pandemic when she was a newborn, and now she has recovered from COVID-19.

Angelina Friedman, née Sciales, came into the world in 1918 during a wave of Italian immigration to New York. It was during the second wave of the Spanish flu pandemic.

“Her mother died giving birth on the ship, and she was taken care of by her two sisters, who were also on board,” said Joanne Merola, Friedman’s daughter.

According to the World Health Organization, the Spanish flu infected about a third of the world’s population. Roughly 50 million people died from it.

Throughout her nearly 102 years of life, Friedman survived not only Spanish flu but also miscarriages, cancer, sepsis and now, a second pandemic — COVID-19. She has outlived her husband and 10 siblings.

“Everybody in the family lived until at least 95, except one uncle,” Merola said. “My mother is a survivor. She is not human. She has superhuman DNA.”

Friedman, a resident of the North Westchester Restorative Therapy and Nursing Center in Lake Mohegan, New York, was taken to the hospital on March 21 for a minor medical procedure but received a COVID-19 diagnosis. She spent a week in the hospital and was sent home a week later.

After running a fever on and off for several weeks, Friedman finally tested negative for coronavirus April 20 and was able to start eating again, her daughter said.

Merola hasn’t been able to visit her mother since February due to back trouble, and because Friedman is nearly deaf, they can’t speak on the phone. But the nurses have kept Merola updated on her mother’s progress.

“They tell me she’s doing great. She’s up and about as much as possible. She’s looking for wool to crochet with,” Merola said. “If my mother could see this, I’d tell her, ‘You keep going, Ma. You’re gonna outlive us all.’”

41 million jobs lost; homebound gear up to get out, way out

Pending home sales plunged 21.8% in April on a monthly basis

Trump continues to claim broad powers he doesn’t have

Virgin Orbit analyzing data to find cause of rocket failure

Worry, haste, retail therapy: What have we bought and why?

Apple Music to launch its 1st radio show in Africa 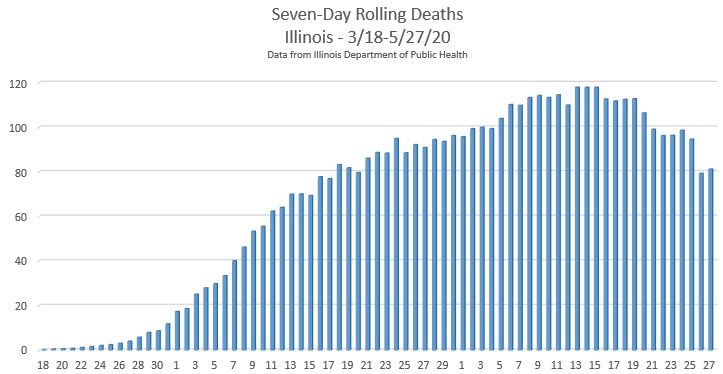 EU renews Syria sanctions with conflict in its 10th year

BRUSSELS (AP) — The European Union is prolonging for another year its sanctions against Syrian President Bashar Assad and other top political officials, military officers and business people over the regime's continued crackdown on civilians in the conflict-torn country.

The European Council, headquarters of the 27 EU countries, said in a statement Thursday that the sanctions would be extended until June 1, 2021, more than a decade after the conflict began, “as the repression of the civilian population continues.”

The City of Chicago has released the following:

French way of life to resume with restaurants reopening

PARIS (AP) — The French way of life is set to largely resume next week, with most virus-related restrictions easing as the country prepares for the summer holiday season amid the pandemic.

In a speech on Thursday, Prime Minister Edouard Philippe promised that “freedom will, at last, again become the rule.”

EU renews Syria sanctions with conflict in its 10th year

French way of life to resume with restaurants reopening

Police kill trucker who fired at, rammed them during chase

Second City Executive Vice President Kelly Leonard: It is impossible for two people to work together if they don’t see each other’s humanity