We open with Jake “The Snake” Roberts’ run-in with a former Mrs. Trump. See Jake on Friday, August 26 at Baltimore Soundstage.

The Melania defamation suit follows a proud tradition of Trump and wrestling lawsuits.

Trump’s version of inner cities sounds a lot like the “WarZone” idea of cities.

What’s in Julian Assange’s lock box? Will it bring down Hillary? What was in Shane McMahon’s lock box? Would it have brought down Vince?

We spend less than 16 minutes recapping the 16 hours of WWE programming since our last episode.

In Blue States, we still root for AJ Styles. In Red States, kids are part of Cena Nation.

Here is a very special edition of the Mincing Rascals. Eric Zorn, Austin Berg and John Williams talk about the "Fair Tax" act.

TOPIC: Attorney and Legal Commentator Jill Wine-Banks Discusses her new book “The Watergate Girl: My Flight for Truth and Justice Against a Criminal President”

Paul goes behind the curtain with attorney and well-known legal analyst and commentator (for MSNBC) Jill Wine-Banks to discuss her autobiographical and historical reflections on Watergate and President Richard Nixon. Jill also shares the challenges of her personal life including the discrimination she faced as a woman in “a man’s world,” and therefore, it is no surprise that Jill also reflects on the life, loss and impact of the late Supreme Court Justice Ruth Bader Ginsburg during the interview. She also compares Watergate with the scandals that have faced the current Trump administration.  Tune in for an enlightening conversation about a new book available at local bookstores and Amazon.com.

The Mincing Rascals are John Williams of WGN Radio, Eric Zorn of Chicago Tribune and Heather Cherone of WTTW. The Rascals begin this week's episode discussing voting by mail and President Trump's expressed disinterest of transferring power if he loses the election. They debate voter fraud and how likely it is that ballots won't be counted as a result of it. Then, the Rascals talk about the grand jury decision not to charge the officers who shot Breonna Taylor for her death, but for wanton endangerment. They then go on to explore the inexplicably high positivity rate of COVID in Wisconsin, landing it back on Chicago's quarantine mandate list. And the "Dreadhead Cowboy" is being charged for aggravated animal cruelty after riding a horse on the Dan Ryan Expressway, chanting "kids' lives matter." The horse may have to be put down after this incident. Finally, the Mincing Rascals talk about what's next for the Supreme Court after Justice Ruth Bader Ginsburg died Friday.

LSU begins research on the impact of everyday product, microplastic

Mistakes you should avoid when sending in your absentee ballot

Dr. Birx: In-person learning should be a school-by-school decision

Coronavirus stimulus vote delayed in US House, Mnuchin says agreement reached on checks if there is a deal 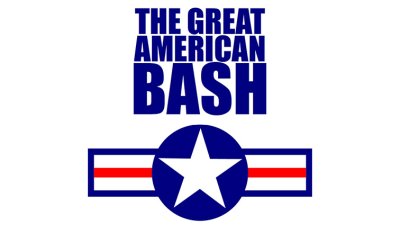