As you hang the holiday decorations, before you throw out a light set with a burnt-out bulb, turn to the LightKeeper Pro. John DeCosmo, president of Ulta-Lit Technologies, joined HouseSmarts Radio with Lou Manfreini to describe how the LightKeeper Pro tool works to repair lights with just the squeeze of a trigger. the show to share about LightKeeper Pro. Repair Christmas lights in an instant with LightKeeper Pro. Lou Manfredini calls it a cool product and one you should know about. Buy online or find a retailer near you at www.lightkeeperpro.com.

TAIPEI, Taiwan (AP) — The head of the most populous province in the Solomon Islands said the country would likely switch diplomatic ties back to Taiwan if the prime minister is ousted from his post following next week's no-confidence vote, after looting and violent protests shook the capital city last month.

Daniel Suidani, the premier of Malaita, said Friday he thinks the Solomon Islands should partner with Taiwan because they share democratic values.

HONOLULU (AP) — Cheri Burness' dog was the first to signal something was wrong with their tap water. He stopped drinking it two weeks ago. Then Burness started feeling stomach cramps. Her 12-year-old daughter was nauseous.

“It was just getting worse every day,” said Burness, whose husband is in the Navy.

WASHINGTON (AP) — During his confirmation to the Supreme Court, Brett Kavanaugh convinced Sen. Susan Collins that he thought a woman’s right to an abortion was “settled law,” calling the court cases affirming it “precedent on precedent” that could not be casually overturned.

Amy Coney Barrett told senators during her Senate confirmation hearing that laws could not be undone simply by personal beliefs, including her own. “It's not the law of Amy,” she quipped.

WHO says measures against delta work for omicron variant too

Preview of ‘a post-Roe world’ in Texas over abortion access

China, US tussle over Biden’s ‘Summit for Democracy’

UN urges truce during winter Olympics in Beijing in February 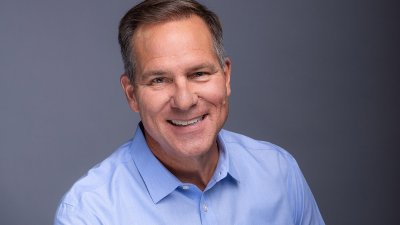 Video: On the Rise with Calamos Investments: The uncertainty of the omicron variant is impacting the stock market

Dr. Jeffrey Kopin on omicron variant concerns: ‘I think there is reason not to fear the worst’