WASHINGTON (AP) — Lawyers for a Maryland woman charged along with her husband in a scheme to sell Navy submarine secrets to a foreign government denied Wednesday that she had contemplated fleeing the United States to avoid arrest. Instead, they said, contempt for then-President Donald Trump was behind the couple's emigration plans.

Prosecutors at an October hearing had cited messages exchanged by the couple — including one in which Diana Toebbe wrote, “I cannot believe that the two of us wouldn’t be welcomed and rewarded by a foreign govt" — in arguing that the Toebbes had been brainstorming ways to avoid detection prior to their arrest and were therefore a flight risk now.

Johnson said it was time to impose stricter measures to prevent a spike of hospitalizations and deaths as the new coronavirus variant spreads rapidly in the community.

FAYETTEVILLE, Ark. (AP) — A federal jury in Arkansas has begun deliberations in the trial of former reality TV star Josh Duggar, who is accused of receiving and possessing child pornography.

The jury began its deliberations at midday Wednesday, a week after the trial began in northwest Arkansas.

WHO: Omicron could spread faster but it’s still not certain

Explainer: What caused Amazon’s outage? Will there be more?

Biden order would make US government carbon neutral by 2050

Car plunges into river just above brink of Niagara Falls

CP shareholders back $31B purchase of Kansas City Southern 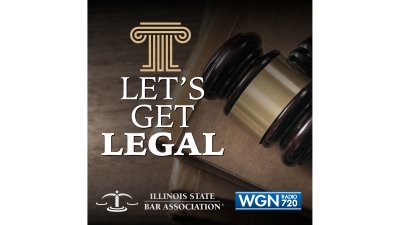 Father Pfleger: ‘I have parents in my church who begged their sons not to come home for Thanksgiving because they were afraid they could possibly be killed’

Chicago Tribune: Jussie Smollett testified that, ‘I need to look like a Black Cary Grant, not someone who got beat down’

Ald. Brendan Reilly talks about teen mobs downtown: ‘Why don’t we have cops on the train when we know this is going to happen?’

‘His prognosis is excellent’ – Blackhawks release update on Jujhar Khaira

Ald. Brendan Reilly talks about teen mobs downtown: ‘Why don’t we have cops on the train when we know this is going to happen?’

‘His prognosis is excellent’ – Blackhawks release update on Jujhar Khaira

Dr. Kevin Most on first COVID-19 omicron variant reported in Illinois: ‘We knew it was going to happen, it was only a matter of time’