After 20 years in the news business, Sylvia L. Jones, turned in her press badge to try and make it in Hollywood. The Chicagoan found success after just four years and has continued her rapid ascension in the writers room.  She now splits her time between Los Angeles and Chicago and has multiple credits to her name including launching Showtime’s “The Chi” and USA’s “Suits” spinoff “Pearson.” She also developed and wrote the biopic “The Clark Sisters: First Ladies of Gospel,” executive produced by Queen Latifah, Missy Elliott and Mary J. Blige, which garnered 2.7 million views on its premier, Lifetime’s most highly viewed program in four years.

For aspiring screenwriters, and anyone interested in learning more about Sylvia’s greatest lessons and advice on taking a leap, join her on Saturday, June 27, 2020, at 11 a.m. CT for a Masterclass about her journey.  It is sponsored by the Chicago Film Office and hosted by ABC7 Chicago anchor Hosea Sanders. This free event will be available on Facebook Live, but guests must register at https://facebook.com/events/s/screenwriting-masterclass-sylv/305680730595828/?ti=icl

Cookbook author and editor of award-winning food magazine Plate, Chandra Ram, shares her memories of iconic Chicago restaurant Blackbird. The award-winning restaurant and culinary industry favorite announced this week it was closing after 23 years as a West Loop neighborhood landmark. Ram is a member of the Les Dames d'Escoffier and the James Beard Foundation Award committee.

Israel Idonije, former Chicago Bear, entrepreneur, and owner of RSTR gym, joins Ji to talk about his work with The Chicago Boutique Fitness Alliance and why they are asking the Mayor and Governor to expand Phase 4 guidelines to allow 75% occupancy with a minimum of 3 feet or closer between each person when a barrier is present.

Fitzgerald’s Owner Will Duncan is planning pop-up music with a setup similar to drive-in movie theaters. Concert guests say in their cars and listen to live music via amplifiers and FM transmission.  Showcasing a creative and innovative way to continue live music concerts is necessary to create revenue for an industry known for audiences that are typically packed, shoulder to shoulder in venues.

Rights activists say Danes unaware of racism in their nation

Wide shift in opinion on police, race rare in US polling

5 Things to Know for Today

More than 80 reported killed this week in Ethiopia’s unrest

Landslide at Myanmar jade mine kills at least 123 people 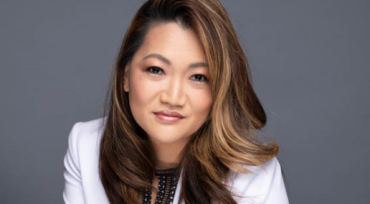 Born in South Korea, Ji Suk Yi immigrated to the U.S. when she was almost five years old. She had an eclectic childhood— a fusion of Southern and Korean American culture. She’s called Chicago home since 2006. (Click for more.)

Dr. Ngozi Ezike: ‘I’m so proud of Illinois…we did it…we flattened the curve’

The Chicago Way w/John Kass: Larry Elder on the struggles of being a black conservative in America & “Uncle Tom”

Wintrust Business Lunch 7/1/20: Garrett Popcorn reopening stores, the future of the commercial real estate market post-pandemic and the likelihood of an extension of the enhanced unemployment benefit