Dan Hampton, Ed O’Bradovich, Glen Kozlowski, and host Mark Carman break down the Bears loss to the defending Super Bowl Champs in the Tampa Bay Buccaneers. With this 38-3 loss, where does this leave the team? Are they ruining the development of Justin Fields? The guys react and take your calls plus you’ll hear some post game reaction from Matt Nagy as well.

The Hamp & OB Show returns to the air on Sunday, October 31st with the pregame show from 11 AM to 12 PM and our post game show will be on from 3 PM to 5 PM. Hopefully we won’t get spooked with another loss.

Bears have no QB regrets despite Andy Dalton’s effectiveness

Lions find new ways of self-destructing in loss to Bears

PHILADELPHIA (AP) — Prosecutors asked the U.S. Supreme Court to review the ruling that overturned Bill Cosby’s conviction, arguing in a petition Monday that a decision announced in a press release does not give a defendant lifetime immunity.

Prosecutors said the ruling could set a dangerous precedent if convictions are overturned over dubious closed-door deals. They have also complained that the chief judge of the state’s high court appeared to misstate key facts of the case when he discussed the court ruling that overturned Cosby’s conviction in a television interview.

WASHINGTON (AP) — The Supreme Court has turned away an emergency appeal from employees at the largest hospital system in Massachusetts who object to the COVID-19 vaccine on religious grounds.

Justice Stephen Breyer did not comment Monday in rejecting the request from employees at Mass General Brigham for a religious exemption to the system's vaccine requirement. Lawyers for the employees said in court papers that six have been fired, one has resigned and another was vaccinated in order to remain employed.

NEW YORK (AP) — A labor official is confirming a new union election for Amazon workers in Bessemer, Alabama based on objections to the first vote.

The rare move was first announced on Monday by the Retail, Wholesale and Department Store Union, which spearheaded the union organizing movement. A National Labor Relations Board spokeswoman confirmed the decision.

New this week: ‘Power of the Dog,’ ‘Annie’ live and Kenny G

Jan. 6 panel to vote on contempt charges for Jeffrey Clark, former DOJ lawyer who declined to answer questions on Trump

Barbados prepares to bid farewell to queen as head of state

Omicron: What makes it a COVID variant of concern?

Blackhawks Live 11/24/21: What to expect going into December plus backyard NiceRinks

Panthers RB McCaffrey out for the season with ankle injury

Women’s AP Top 25 gets shakeup behind No. 1 South Carolina

PGA Tour says golf pioneer Lee Elder, the first Black golfer to play in the Masters, has died at the age of 87 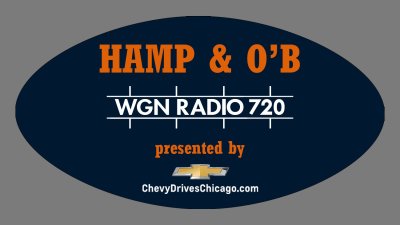 Will the booster shot protect you from the Omicron variant? Dr. Most discusses

Dean Richards reviews ‘The Beatles: Get Back’ documentary

Will the booster shot protect you from the Omicron variant? Dr. Most discusses