Loyalties to sports teams often run deep in our families. WGN Radio wants to send your lifelong family of White Sox fans to the game on “Family Sunday” July 28th! You’ll enjoy a skybox suite for twenty plus food, soda and water while you cheer on the Sox as they play the Minnesota Twins.

How can you win?

Listen to the Roe Conn Show with Anna Davlantes beginning Monday, June 24 at 5:40pm. They will play a sound clip and tell you when to listen out for that sound clip the following weekday morning during the Steve Cochran Show.

When you hear that sound clip played again during the Steve Cochran Show,  listen for the prompts of how to call-in to win. The winning caller, upon verification, will receive the Qualifying Prize – four tickets to an upcoming White Sox game (ARV of tickets is up to $590).

Seven Qualifying Prizes will be awarded on the Steve Cochran Show on Tuesday, June 25 – Friday, June 28 and Monday, July 1 – Wednesday, July 3. You’ll want to be tuning in to the Roe Conn Show with Anna Davnlantes the entire week to hear the sound clip and clue!

The sweepstakes is open to legal U.S. residents of Cook, DeKalb, DuPage, Grundy, Kane, Kankakee, Kendall, Lake, LaSalle, McHenry and Will counties in Illinois and Jasper, Lake, LaPorte, Newton and Porter counties in Indiana and Kenosha, Milwaukee, Racine and Waukesha counties in Wisconsin who are 21 years and older as of June 24, 2019. Entrants who have won any prize from WGN Radio within the last 60 days or have won a prize worth $600 or more since June 24, 2017 are not eligible. Read the Official Rules here. 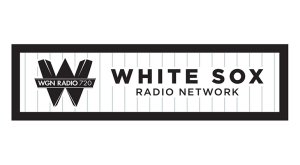 Liberty University and Falwell: A bond that’s hard to break

At Sturgis, Trump supporters look to turn bikers into voters

Cleric extradited from Jamaica to NYC on terrorism charges

U.S. Postal Service to raise some prices over holiday season