After writing letters to WGN Radio to pitch his idea for a call-in home improvement show, Lou Manfredini was booked as a guest on the Bob Collins Show in 1995 where he received the “Mr. Fix-It” nickname. Manfredini subsequently appeared as a regular contributor on Roy Leonard’s Saturday show which led to hosting his own show he’d written so many letters about.

That show is still on the air today on Saturday mornings as “HouseSmarts Radio with Lou Manfredini” and 2020 marks Lou’s 25th anniversary on the station.

Over the years, Lou has promoted services and recommended products to listeners. And now, in honor of Lou’s 25th anniversary, each week, he’ll be giving you the chance to win some of those products and services you’ve heard about – they’re Lou’s Favorite Things!

The Museum of Broadcast Communications has reopened, with free admission through August 2nd

'Stay Tuned: Rock on TV', curated by the Rock & Roll Hall of Fame, features archival footage, original artifacts and new interviews, telling the stories of how TV launched rock’s iconic stars, brought them into our homes, kept them in the spotlight and connected them to us with music and visual imagery. Among artifacts displayed are original stage designs from the Beatles’ appearance on “The Ed Sullivan Show,” outfits worn by Sonny and Cher on their TV series, CeeLo Green’s jacket worn on “The Voice,” and original animation cels from A-ha’s “Take on Me” music video. Narrators include Mike Myers, Martha Quinn, Kelly Clarkson, Micky Dolenz, Kevin Eubanks, Cyndi Lauper, Paul Shaffer and Darlene Love. They will be open Fridays through Sundays.

Plane skids off runway in India, some injuries reported

US sanctions pro-China leader of Hong Kong, other officials

Russia warns it will see any incoming missile as nuclear 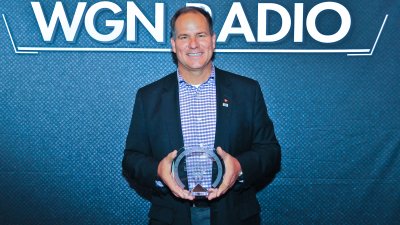 Blackhawks Crazy Podcast | One win away from the next round!