This coming-of-age emotional drama highlights family, mental health and music.  An unlikely friendship is developed between a security guard (Anthony Anderson) and a reclusive teenage musical prodigy (Khalil Everage).  They unite because of their love for hip hop which helps them fight  disparities together.

Robinson and Anderson asserts that authentic representation of Chicago was the goal with this film.  Therefore, you will hear music from Chicago artists and watch Chicago’s own, Khalil Everage take on his acting debut.  This film was also written by a Chicago native, Miles Felsott. 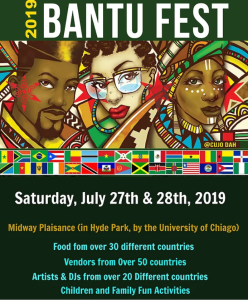 Topic: Porchlight Music Theatre Keeps the Lights on and the Arts alive during the Dangerous Pandemic

This week, Paul goes behind the curtain with Porchlight Music Theatre to talk about how they have faced the pandemic head on, committed to providing programming and to weather the storm until the theater lights can be once again turned on. Joining in are Artistic Director Michael Weber, Executive Director Jeannie Lukow and actor James Earl Jones II, a Porchlight favorite you may have recently seen touring in “Come From Away.” From “Broadway by the Decade,” to “Porchlight by Request,’ and even a virtual gala honoring the legendary Joel Grey….all actors and theater staff will want to listen in to hear the story of how one great Chicago theater is battling ahead with full force. Check out all their great virtual programs at porchlightmusictheatre.org.

This week, Paul goes behind the curtain with the cast and screenwriter of “Foster Boy.” The story of a young man, Jamal Randolph (played by Shane Paul McGhie) who is moved within a privately run for-profit system from foster home to foster home. We come to learn about the abuse he faces through his youthful years and it is stunning; the film uncovers a system that is fraught with problems our society needs to address. A corporate attorney (played in the film by Matthew Modine) is assigned to take the case of young Jamal against the private operator of foster homes pro bono and he’s not happy about having to take the case; he has more important things to do apparently.

Census says deadline can be reached with tech, nonstop work

Cook County Clerk Deputy of Elections: ‘It isn’t a backlog…and we will count every ballot that comes through’

Senator Dick Durbin: ‘The notion that I’m out of touch with Illinois, I would dispute’

5 questions as Trump and Biden prepare for final debate

Cook County Clerk Deputy of Elections: ‘It isn’t a backlog…and we will count every ballot that comes through’

Senator Dick Durbin: ‘The notion that I’m out of touch with Illinois, I would dispute’

WGN Rewind: Dave Plier’s interview with Joyce Randolph, celebrating the 65th anniversary of the classic 39 episodes of ‘The Honeymooners’