When Chuck Swoboda was hired at electronics manufacturer Cree in 1993, household light bulbs came mostly in two flavors: incandescent and fluorescent. The company had just gone public and generated just over $6 million in annual revenue. But the product that would grow the company into a $1.6 billion global market leader –– the LED light bulb –– were virtually light years away from becoming a popular, affordable option.

Even when he took on the role of CEO of Durham, North Carolina-based Cree in 2001, LEDs were a hard sell. “Everyone told me that nobody would buy them,” Chuck says. “Lighting companies told me we’ll never need them because what they had was good enough.” But “good enough” isn’t in Chuck’s vocabulary. By the time he left Cree in 2016, Goldman Sachs reported that “the rapid adoption of LEDs in lighting marks one of the fastest technology shifts in human history.” Today, Chuck splits his time between Cary, North Carolina and Milwaukee, where he serves as the Innovator-in-Chief at his (and Scott’s) alma mater, Marquette University and hosts its “Innovators on Tap” podcast.

“That’s just common courtesy by leaving something there for our fellow neighbors,” Perdue said.

Getting to Yes, And… | Jim McKelvey, Square – “The Innovation Stack”

Kelly links up with serial entrepreneur and co-founder of "Square" Jim McKelvey to talk about his new book "The Innovation Stack: Building an Unbeatable Business One Crazy Idea at a Time."

Jerusalem’s Palm Sunday march scaled back due to coronavirus

Another cruise ship with virus victims docking in Florida

Coronavirus in the US: Here’s what happened Friday 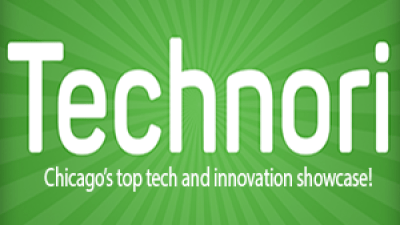 Technori is emerging as one of the top startup showcases in the world and is now the third largest monthly startup event in the United States. Click for more.

Amy Mills and 17th St. Share Hope for Restaurants, Help for Recovery and the BBQ Backbone of America