WGN Radio announced that Joe Brand is expanding his role to include hosting Chicago Blackhawks pre- and post-game shows as well as the weekly “Blackhawks Live” show, beginning with the 2021-22 season.

“As a kid, I used to get teased for carrying a transistor radio just to listen to Blackhawks games. Now I have the honor of joining one of the best radio teams in the NHL with John Wiedeman and Troy Murray. To be part of Blackhawks hockey on the radio is truly a dream come true,” said Joe Brand. “My goal is to keep Blackhawks fans engaged and informed, but most importantly, entertained.”

Brand, a native of Oak Lawn, has been on the Blackhawks beat since 2016. He has reported for the broadcast team and co-hosted both the “Blackhawks Crazy” and “Blackhawks 720” podcasts that originate from the WGN Radio studios. Since joining WGN Radio in 2013, Joe Brand has been a producer, reporter, anchor, and host.

“Joe Brand is one of the exciting sports broadcasters in Chicago. He’s been a key part of our Blackhawks broadcasts on WGN for several years, but mainly behind the scenes. Now, we’re thrilled that he can share his expertise, energy, and enthusiasm with Blackhawks fans on the air on a daily basis,” said WGN Radio sports director Dave Eanet.

NEW YORK (AP) — Naomi Osaka. Simone Biles. Both are prominent young Black women under the pressure of a global Olympic spotlight that few human beings ever know. Both have faced major career crossroads at the Tokyo Games. Both cited pressure and mental health.

The glare is even hotter for these Black women given that, after years of sacrifice and preparation, they are expected to perform, to be strong, to push through. They must work harder for the recognition and often are judged more harshly than others when they don’t meet the public’s expectations.

KAMIYOGA, Japan (AP) — Equestrian jumpers aren't keen on surprises. Neither are the horses, and it takes years of training to keep them from getting spooked.

Of course, no horse in Tuesday night's Olympic jumping qualifier had ever seen anything like obstacle No. 10.

BATON ROUGE, La. (WVLA) - Starbucks, McDonald’s and Home Depot have all announced changes to their mask policies as the U.S. sees another surge in COVID-19 cases.

Starbucks now "strongly recommends" customers wear face masks in stores, even if they are vaccinated. Some stores will also require masks if local laws mandate it. (You can learn more about the changes at Starbucks here.)

New York Republicans and Democrats call on Gov. Cuomo to resign after investigation

US will review oil and gas leasing program in Alaska refuge

A look at the harassment claims against Gov. Andrew Cuomo

PG&E says equipment may be tied to fire, touts improvements

A combined Final Four? Gender equity report calls for it

NBC wonders: where are the Olympic viewers this year?

While all eyes are on Tokyo, nearby the largest US overseas naval base stands ready

Goodbye to greats: Scola, Gasols reach the end at Olympics

SportsClick: Are the Blackhawks playoff contenders with Marc-Andre Fleury?

SportsClick: What should Blackhawks do in free agency?

Northwestern’s new Athletic Director: You have to be close with all the coaches

NBC wonders: where are the Olympic viewers this year?

Osaka, Kenin, Swiatek pull out of US Open tuneup in Montreal

A combined Final Four? Gender equity report calls for it 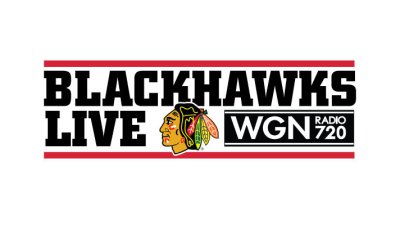 Blackhawks Live, hosted by Joe Brand, is an hour-long weekly show featuring in-depth analysis and news on the Chicago Blackhawks throughout the hockey season.

John Wiedeman and Troy Murray bring you every game. Pregame with Joe Brand starts 30 minutes before puck drop, with full postgame coverage after the game.

The McHenry County Fair is back

Come on down to the McHenry County Fair!