Ashleigh Banfield welcomes American fashion designer and businessman Steve Madden on the show to discuss his fashion empire, the rise and fall (and rise again) of his company. Including the marketing of his shoes, working with Kendall and Kylie Jenner, and what is the recipe for a perfect shoe?

TAIPEI, Taiwan — Taiwan has reported 13 domestic cases of COVID-19 as part of an emerging cluster of infections discovered this week across multiple parts of the island, its health minister Chen Shih-chung said at a daily press conference Thursday.

The source of infection is still under investigation for one case.

On Eid, Xinjiang imams defend China against US criticism

BEIJING (AP) — Muslim leaders from the Xinjiang region rejected Western allegations that China is suppressing religious freedom, speaking at a reception Thursday for foreign diplomats and media at the end of the holy month of Ramadan.

The event was the latest in a series of moves by the Chinese government to counter accusations of human rights abuses in Xinjiang. It came a day after human rights groups and Western nations met and demanded unfettered access for U.N. human rights experts to the region and U.S. Secretary of State Antony Blinken condemned Chinafor “crimes against humanity and genocide against Muslim Uyghurs” during the release of an annual report on international religious freedom.

Nowhere to run: Fear in Gaza grows amid conflict with Israel

GAZA CITY, Gaza Strip (AP) — Screams and flying debris enveloped Umm Majed al-Rayyes as explosions hurled her from her bed in Gaza City. Groping in the dark, the 50-year-old grabbed her four children and ran as Israeli bombs struck their apartment building Wednesday, shattering windows, ripping doors to splinters and blasting away concrete.

While casualties mounted this week in the most severe outbreak of violence between Israel and the Gaza Strip since a 2014 war, al-Rayyes and other Palestinians in the line of fire faced an all-too-familiar question: Where should we go?

Syrian family reunited, against the odds, in Greece

US cities see surge in deadly street racing amid pandemic

Pipeline hack sends people scrambling for fuel in the South

Wealthy nations once lauded as successes lag in vaccinations

Justices consider hearing a case on ‘most offensive word’ 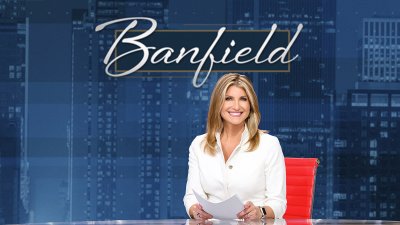 Blackhawks 720 Podcast | Hear from Stan Bowman, Jeremy Colliton and Patrick Kane as the season comes to a close

Blackhawks 720 Podcast | Hear from Stan Bowman, Jeremy Colliton and Patrick Kane as the season comes to a close

How much water should you drink every day?

You can now have an eco-friendly burial

The John Williams NewsClick: How long should Derek Chauvin serve in prison?