Audi is working on a major update for its E-Tron and E-Tron Sportback, and a lightly camouflaged prototype for the former is taking part in the E-Cannonball rally that set off on Sept. 23 from the German city of Hamburg.

The prototype’s livery highlights some of the external tweaks pegged for the E-Tron, including a revised grille, new front and rear end designs, and a new wheel pattern.

There are still a few surprises, Audi said, but they should come to light soon as the updated E-Tron is expected to debut later this year. It should reach showrooms next spring as a 2023 or 2024 model. The E-Tron was originally introduced in 2018 as a 2019 model, with the E-Tron Sportback arriving a year later, and the three-motor E-Tron S arriving last year. 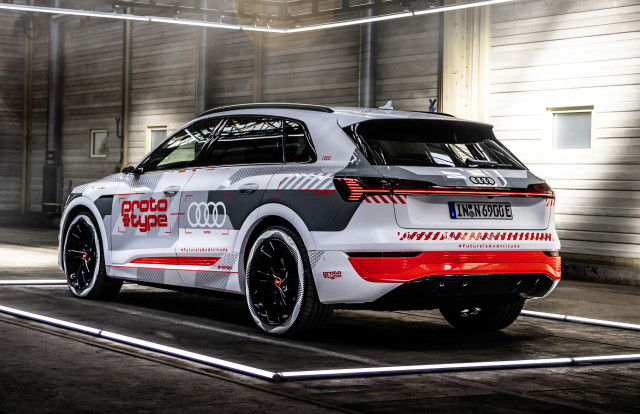 More significant tweaks are expected beneath the sheet metal. Rumors point to a new battery, more efficient electric motors, and new electronic control software to help boost range. The E-Tron arrived with just 204 miles of range. Efficiency updates for 2021 increased the range to 222 miles. This major update is expected to increase the range closer to 300 miles.

Audi was relatively early among established automakers to launch a credible Tesla rival when it first rolled out the E-Tron. However, to speed up the gestation, Audi modified a platform originally developed for internal-combustion cars, specifically the high-riding version of Volkswagen Group’s MLB Evo platform shared with the Audi Q7 and Q8 and multiple other VW Group SUVs.

Amazon offers $2 a month to see what ads you see

Amazon offers $2 a month to see what ads you see

Stay at Hobbiton: ‘Lord of the Rings’ set goes up …

Stay at Hobbiton: ‘Lord of the Rings’ set goes up …

Trump complicates GOP position as party of the Constitution

Boeing’s last 747 to roll out of Washington state …

Dr. Jeffrey Kopin: Can you get the flu and COVID …

The John Williams NewsClick: Should a wedding web …

John Williams brings you a round of Speed Jokes, …