A new DeLorean EV recently broke cover and plans for sales are brewing—but in the meantime, a pristine example of the original 1983 DeLorean DMC-12 is for sale through Podium Auto Sales in Pompano Beach, Florida, with a $98,000 asking price.

First spotted by Carscoops, the dealership says this DMC-12 was put in climate-controlled storage in 1986 with 5,397 miles on the odometer and stayed there until now. So while it’s not one of the “Back to the Future” movie cars, it is a time traveler of sorts. 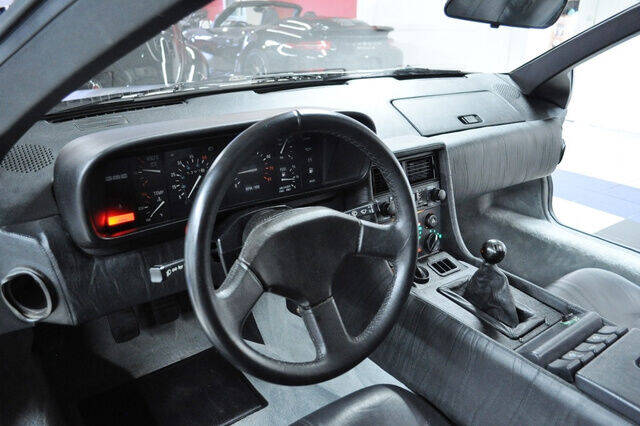 While it boasts low mileage, this car’s long period in storage meant certain items, including the fuel pump, spark plugs, oil filter, and fuel lines, needed to be replaced to recommission it. The seller also noted that the fuel tank was flushed, the brake calipers were rebuilt, and struts for the gullwing doors and luggage compartment were replaced. However, the car still has its 1981 Goodyear tires, which would also need to be replaced to drive it.

It’s unclear how pleasant driving this DMC-12 would actually be, given that it’s motivated by an underwhelming 2.8-liter V-6 that only makes about 130 hp. The main attraction is really the stainless steel bodywork penned by Giorgetto Giugiaro in his angular-design heyday. 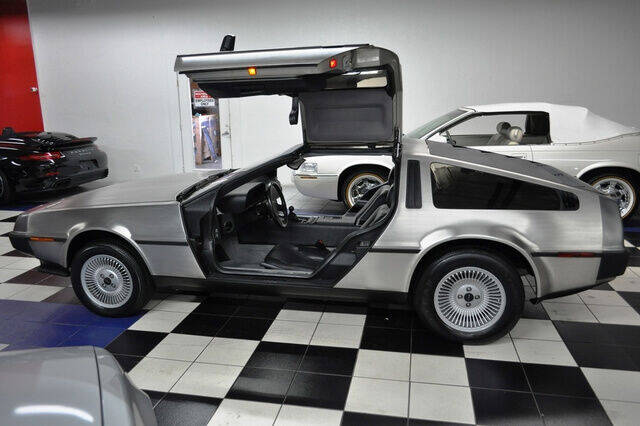 The DMC-12 was only produced from 1981 to 1983, making this one of the last cars made. The rollercoaster rise and fall of the company under namesake and former General Motors executive John DeLorean is a classic tale of automotive intrigue that ended in the FBI charging DeLorean with cocaine trafficking (he was found not guilty). The DMC-12’s star turn in “Back to the Future” came too late to save the company.

Fast forward to today, and DeLorean is making a comeback with the Alpha5, which reimagines the brand for an all-electric era. The revived DeLorean is planning additional models as well, but it remains to be seen whether these new electric DeLoreans will have the staying power of the 1980s original.

In your debt: 3 steps to lower the cost of your debt

In your debt: 3 steps to lower the cost of your debt

At a Florida trailer park, survivors speak of Ian’s …

After Ian, the effects in southwest Florida are everywhere

A look back at the ‘Tylenol Murders’ 40 yrs later

A look back at the ‘Tylenol Murders’ 40 yrs later

Tylenol Murders-What it takes to test bottles of …

Trevor Noah says he’s exiting as host of ‘The Daily …

US hits Russia with sanctions for annexing Ukrainian …

Rae Kaplan explains a potential ‘halt on the student …

The creators of the spooktacular ‘Stranger Things’ …

How to help victims of Hurricane Ian