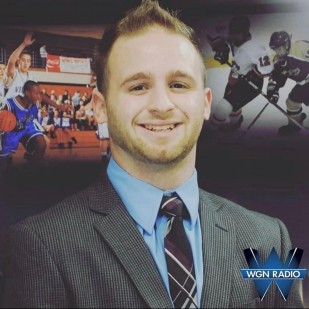 Sammy Martino currently resides in Woodridge, Illinois. He is a graduate of the Illinois Media School (Lombard Campus). Sammy is a sports producer & Sales Representative here at WGN Radio 720. Sammy will occasionally fill in for the programming side for WGN Radio also. On his weekends, Sam serves with an Auctioneer Team called “Raising Paddle’s” as an Auctioneer Ambassador.

Sammy Martino was awarded “The Most Outstanding Broadcaster Award” for his hard work and dedication during his Sports Emphasis Class.