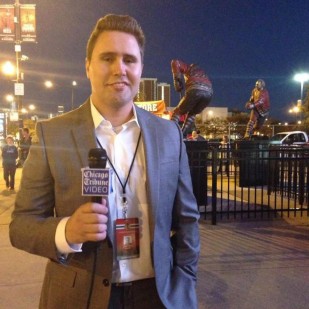 Scott King is the co-host of WGN Radio’s “Blackhawks Crazy” podcast and a contributor to RedEye, the Chicago Tribune, the Wall Street Journal and Playboy.