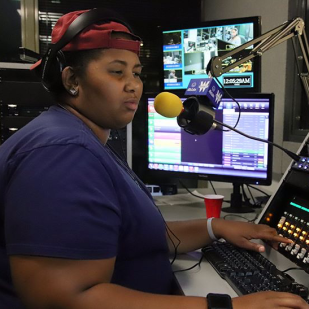 CaSera, best known as DJ Ca$h Era, has been a DJ for a total of five years. She is an internationally recognized performer and the Official DJ for Young Chicago Authors Louder Than A Bomb — Chicago’s largest youth poetry festival. CaSera completed her College B.A. in Radio Broadcasting, and minor in video production, at Columbia College Chicago in May of 2017. She is now a Producer at WGN Radio and continues to DJ on a regular basis.