The great WGN-TV Meteorologist Tom Skilling joins Anna to talk about the anniversary of the 1967 Oak Lawn tornado outbreak, the snow flurries we have seen the last couple of days, if we are going to see graupel on the ground, and the possibility of seeing 80 degrees next week.

HONOLULU (AP) — A man who spent decades in a Hawaii psychiatric hospital for killing a woman was sentenced to five years in prison Thursday for escaping from the facility in 2017 and flying to California before he was captured.

In November 2017, authorities said Randall Saito walked out of Hawaii State Hospital, where he was sent in 1981 after he was acquitted of murder by reason of insanity in the 1979 killing of Sandra Yamashiro.

ATLANTA (AP) — Atlanta Mayor Keisha Lance Bottoms announced Thursday she will not seek a second term, an election-year surprise that marks a sharp turnabout for the city’s second Black woman executive who months ago was among those President Joe Biden considered for his running mate.

Bottoms, 51, disclosed her decision publicly in a lengthy open letter and accompanying video Thursday night after having told family and a close circle of associates and supporters.

Family of Chris Cornell settles with doctor over his death

LOS ANGELES (AP) — The family of Chris Cornell and a doctor who they alleged over-prescribed him drugs before he died have agreed to a settle a lawsuit.

Court documents filed by attorneys for the rock singer's widow, Vicky Cornell, and their children, Toni and Christopher Nicholas Cornell, said a confidential settlement had been reached. The documents were filed in April, but they had gone unnoticed before City News Service reported on them Thursday.

Japan set to extend virus emergency in Tokyo through May 31

Brooklyn boy buys $2,618 worth of SpongeBob popsicles from Amazon

New rules could be in store for Wall Street after GameStop stock saga, SEC Chairman says

Peloton expects to lose $165 million in revenue from recall

From Chicago to Cairo, Illinois’ most endangered historic places are full of interesting stories

Is Chicago really in the ‘Midwest’?

What happens if the CDC’s national eviction moratorium is nullified?

Hank Azaria on decision to stop voicing Apu on The Simpsons: ‘Let’s let people quite literally speak for themselves’

Anna Davlantes is a Chicago native, a seven-time Emmy Award-winning journalist who has broken major stories, passionately told small stories and exposed corruption that has prompted major investigations and reform. (Click for more.)

Live music makes a triumphant return to Ravinia this July

Ald. Ray Lopez: ‘Gangs and criminals are emboldened in this city while parents are asleep at the switch’ 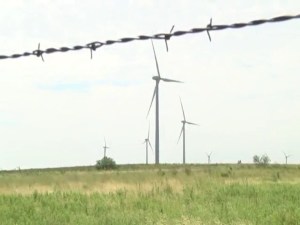 From Chicago to Cairo, Illinois’ most endangered historic places are full of interesting stories